Your external life is a reflection of your internal world. But how much control does your subconscious mind actually have?

I’m writing this amidst a global pandemic. There are people in fear and anger and yet, others are unaffected and even enjoying changes in new normal. So why does one person’s experience differ so greatly, even under the same circumstances? It’s because where they are in life right now, is a reflection of what they’ve been telling themselves about what life is and what it isn’t.

But what if you keep up positive thinking and it never seems to work for you? What if things are still shit; bills are still piling up, you’re arguing with your partner, the kids are climbing the wall, everyone has more than you/ is better than you, luck is not in your friends circle, money hates you, your body hates you?

Nothing seems to work out how you want it, no matter how hard you try?

What is the subconscious mind?

Unconscious and subconscious are names for everything that goes on below your conscious thinking awareness. Both names mean the same and you may have heard it referred to as your primitive mind, the reptilian mind or the monkey brain. But I’ve coined a new, far kinder, name for it. The Mothermind.

I started to call the unconscious, Mothermind on account that many of its jobs are similar to those of a mother. A creative, safety seeking, nurturing, risk assessing entity. The part of your mind that never sleeps, rests or takes a break.

Your unconscious mothermind commands all processes and functions of your body. From breathing, beating your heart, battling invaders, releasing hormones, relaying messages around your nervous system, digesting your food and eliminating waste. She controls risk assessment and responds to threats and desires. However, she also shapes your view of reality and influences your behaviour and circumstance. And, your mothermind stays fully awake at all times, even when you sleep!

For instance, when my babies were small, like all newborns sometimes in the middle of the night, their breathing became irregular. I would wake, in full alert and noting this irregular pause I would jump up to check if they were ok. Going from deep asleep to being awake, alert and ready for action in a split second. This hyper-vigilance was my unconscious mothermind scanning for what she perceived as danger and then sounding the adrenalin fuelled emergency alarm when something fearful was identified.

Some, examples of your subconscious are memories, beliefs, fears and how you view your life, the world and everything in it. Your unconscious mothermind is very powerful and can, without your awareness, direct the course of what you do in your life.

There’s no right or wrong in your subconscious mind.

Your mothermind has the habit of taking everything literally and she does not differentiate between negative and positive. So, if you continually think to yourself that you’ll never succeed in any area of your life, it’s likely to turn out that way. Because, your subconscious mothermind is subjective and doesn’t rely on reason, she simply obeys the thoughts she receives from your conscious mind and uses her own guidance system to action them.

Neuroscience has shown the majority of our decisions, actions, emotions and behaviour depend on the 95 % of brain activity that lies beyond your conscious awareness. Meaning, the vast majority of your reality is influenced by your unconscious mothermind.

You have a mind more powerful than any supercomputer on earth.

Much like a personal supercomputer. The mothermind is far more powerful than the conscious mind and can process huge quantities of information that come from your five senses. She translates them back to your brain in the blink of an eye, faster than you can consciously make a decision. She is controlled by consistently reinforced programs of self-belief, translating our thoughts into an action plan the moment you are compelled with emotion.

In a nutshell, this means your current experience of reality—including levels of success in every area of your life—work, financial, relationships, health, and happiness is created by your unconscious mothermind acting on your conscious thoughts and emotions.

Because of this, it’s really important to keep confirming what we want and NOT what we don’t want in life. By telling yourself, ‘I can’t lose weight’ or ‘I am not good enough’ is exactly what you’ll get.

The better way, is turning your turn your negative thoughts into positive ones. Your mothermind will action them either way. For example try thinking, ‘I am so good at creating ways to make money’. Rather, than acting on the less positive, ‘I don’t have enough money’.

It’s the difference between chaos or contentment. It’s the difference between living a fulfilling abundant life or a poor and unhappy one. She can surround you with adoring empowering friends and soul mates or, bring adversity and toxic people into your world. Your subconscious mind can push you into unhealthy patterns and addictions. Or, she can energise, motivate and inspire you.

By learning how to make your unconscious mind an ally who works FOR you rather than against you is a skill. Using this skill can achieve goals that are important to you. Studying and mastering it can lead to a happy and fulfilled life of your dreams.

‘How to reprogram your subconscious mind’ 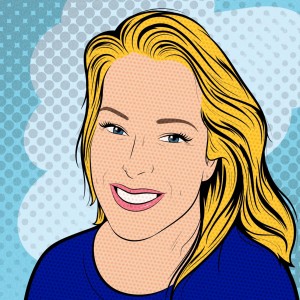